Almost any computer can be used to live stream today. Even something as simple as a Chromebook can be used with cloud based video production solutions such as Restream.io, StreamYard and EasyLive. With that being said, every computer has its limitations with what it is capable of handling.

How to Choose a Live-Streaming Computer

If you are going to use a software like OBS, Wirecast or vMix on a computer you should always start by consulting the minimum recommended specifications for the software.

What CPU Do I Need to Live Stream?

In general, you should consider using an i7 processor with 16 GBs of RAM and a solid state hard-drive for any new live streaming project with more than one or two cameras. AMD currently offers better price to performance than Intel and they offer significantly better processors for live streaming than any other company at the moment.

CPU core count/thread count as well as clock speed are of equal importance for live streaming as well as most computing applications in general. So a CPU with the most cores/threads and highest clock speed within your budget is your best bet to achieve optimal performance.

Note: Different CPUs have different thread to core ratios. It is important to compare the thread count of CPUs that have the same amount of cores. For example one 8 core CPU may utilize 8 threads, while another different 8 core CPU may use 16 threads. More threads is almost always better when comparing CPUs with the same number of cores. So the 16 thread 8 core CPU will likely outperform the 8 thread 8 core CPU. Most CPUs do not utilize more than 2 threads per core, however many utilize only 1 per core instead of 2.

Having more, faster cores results in higher multi thread counts as well as faster thread processing, thus more instructions can be executed in the same period of time, reducing overall processing time and thus reducing latency, while also improving multitasking ability, so that more programs and cameras can be run simultaneously, which is crucial for applications such as live streaming video gaming and larger productions. Ultra high end streaming solutions utilized by large organizations like ESPN can utilize up to 128 or even 256 cores for very high resolutions and very low latency. On the other hand, simple, low resolution, high latency streams used for applications like security camera systems may only require 2-4 cores. Simply put, the higher the stream quality and complexity, the more cores/clock speed you will need.

The 4-16 core range of CPUs offers the best, streaming applicable performance relative to the price for the average live stream. Where your use case falls on this spectrum is determined by the amount of multitasking you plan on doing during your live streams as well as the stream quality you wish to achieve. If you are streaming with only 1 program open and 1 or 2 cameras at 1080p, 4-6 cores is all you need. If you plan on having multiple programs open at once and/or streaming with multiple cameras you will likely need 6-10 cores to achieve smooth performance. 10-16 core CPUs are only necessary for semi-professional productions using more than 6 cameras which are often utilizing CPU intensive programs simultaneously, such as video editing software, or 3D/CGI programs.

At the time this video was created, the AMD Ryzen 4000 and 5000 series line of CPUs offer the best price to performance ratio specifically for live streaming compared to their Intel and Apple counterparts. Although Intel and Apple DO offer many great CPUs for streaming, they are, for the time being, more expensive while achieving the same or worse streaming and multitasking performance. Even though Intel CPUS are still generally considered to be the best for gaming, due to their high clock speeds, they fall behind in simultaneous streaming and gaming when compared to AMDs offerings.

What Graphics Card Do I Need to Live Stream?

Choosing a GPU is very similar to choosing a CPU in the sense that higher clock speeds are better. Where they differ is, instead of focusing on core count for GPUs we will focus on VRAM which is the memory the graphics card uses to hold information processed by the CPU. The absolute bare minimum recommended VRAM for live streaming is 2gb. For many applications this is not realistic, however there are use cases where it is all that is needed. For the vast majority of streaming applications 4-12 gb of VRAM is sufficient. Just like with CPUs, you will need to account for the level of multitasking you will be doing during your livestream, and choose a GPU with sufficient VRAM for your purpose. 4-8gb cards are sufficient for up to 4 1080p cameras, while 8-12 gb cards are capable of handling up to 6 4k cameras. If you wish to use more 4k cameras in your stream and/or game while using 4-6 4k cameras, you will likely need a card with 12 – 24 gb of VRAM.

Pro Tip: Make sure to go into your live streaming software and ensure that you have enabled your software to use your graphics card. Even some simple Intel NUC and laptop computers have integrated Intel Graphics that can be utilized.

How Much RAM Do I Need?

The same logic can be applied to choosing DRAM, which is the computer’s system memory, as opposed to the dedicated video memory found in a GPU. Like with VRAM, clock speed and memory quantity are the most important factors for streaming. Where DRAM differs from VRAM, is the amount of it that is required for smooth system performance. The simplest streaming setups using 1-4 cameras at 1080p will require 8-16 gb of DRAM, while using more cameras at 1080p or multiple 4k cameras will require around 16-32 gb of DRAM. More intensive multitasking situations, like Gaming in 4k while streaming multiple 4k cameras simultaneously, or Using VRAM intensive programs while streaming such as Video editing or CGI software, can require 32-64gb of VRAM for optimal performance.

Note: All modern computer platforms (since 2017) have switched to DDR4 DRAM compatibility only, and most Intel platforms shifted away from DDR3. So if you’re looking at an 8th or 9th Gen Intel CPU or later, or an AMD Ryzen processor, you’ll need DDR4 RAM.

What Kind of Storage Device Do I Need?

The type of storage you choose for your live streaming PC will have very little effect on your live stream performance. In general SSDs are better in almost every way than HDDs, however buying a HDD instead of an SSD can be a good way to save money on a streaming computer without losing streaming performance. Using a HDD over an SSD WILL however affect the performance of some non streaming tasks, so an SSD is always recommended over a HDD if your budget allows for it. They are also significantly quieter than HDDs as they have no moving parts, which can be a benefit for live productions requiring quiet on set.

Choosing Inputs and Outputs for Your Live-Streaming Computer

Assuming that you understand the processor and graphics card requirements for your next live streaming computer, you also need to think about inputs and outputs. For inputs, you have a bunch of options. Start by counting the number of USB ports you think you will need. Obviously you’ll need a keyboard and mouse, but what about your audio mixer and a secondary USB controller like the Elgato StreamDeck? You may also want to get a built in HDMI or SDI input. You can actually insert PCIe cards into many desktop computers in order to create multiple SDI or HDMI video inputs. In most cases, if you only need two cameras, it’s easiest to purchase two HDMI or SDI to USB capture cards; however, if you need 3 or 4 cameras, it’s easier and more affordable to purchase and install a PCIe card. You can purchase PCIe cards that can be configured to provide a couple inputs and a couple extra video outputs for your project. Keep in mind that most graphics cards also provide unique outputs that power confidence monitors, multiview monitors, and more.

Finally, you can use additional video switching hardware to take the processing load off of your computer and handle it in hardware. For example, if you need to set up a 6-camera live streaming system, you can do most of the video processing and switching using a Blackmagic ATEM switcher; then you can use a simple computer to capture a single mixed output with a capture card into a software like OBS. This approach is nice because hardware switchers rarely have computer issues they work with extremely low latency. The ATEM Mini is a perfect example of an affordable 4-input switcher with a built-in USB output for streaming or recording. The trade off with hardware systems is the lack of flexibility that software switchers provide given their access to multiple cameras.

Now you know enough to be dangerous and purchase a very powerful live streaming computer. The good news is that you won’t have to spend nearly the kind of money people used to on live streaming hardware. Let us know what you are planning for your live streaming computer by commenting on the above video. We are happy to provide you with some comments or advice in a reply. Also, don’t forget to download our basics of live streaming guide available at StreamGeeks.us/basics. Enjoy!

How to Get Started with NDI® in Zoom Rooms 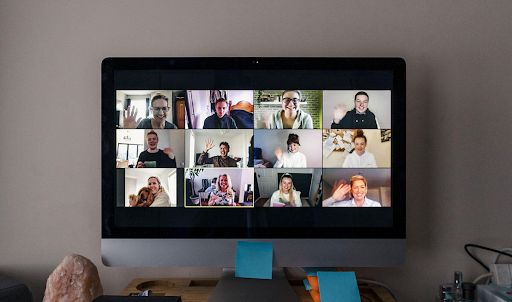 vMix Max is a subscription for vMix!