NDI cameras are able to communicate using the Network Device Interface or NDI protocol. They can connect to a LAN (Local Area Network) and seamlessly integrate with hundreds of software applications including OBS, Wirecast, vMix, xSplit, NDI Studio Monitor and much more. 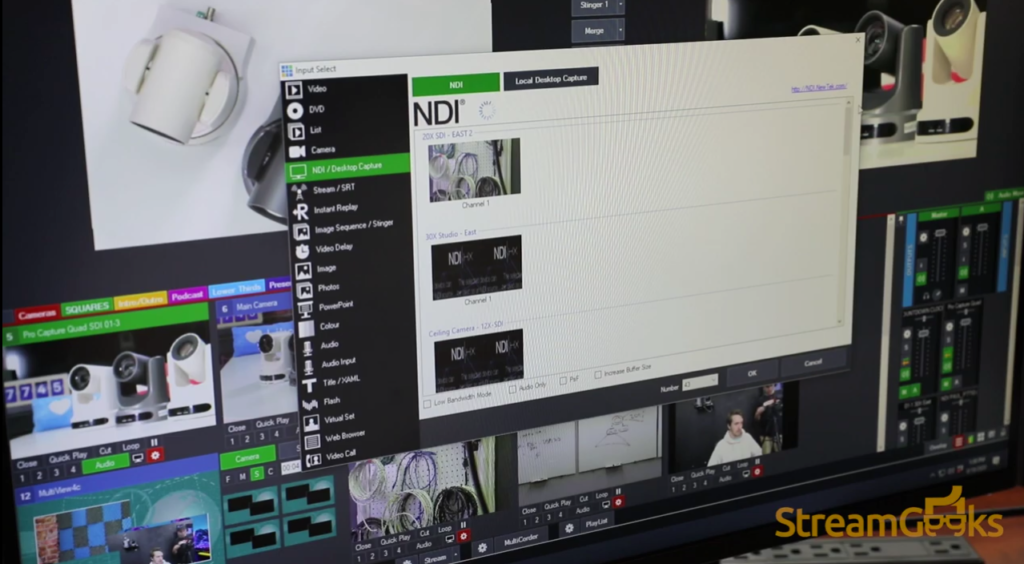 What does NDI Mean?

NDI stands for Network Device Interface and it is a high quality, video-over-IP standard developed by NewTek to enable video-compatible products to communicate, deliver, and receive high-definition video over a computer network ideal for live video production.

What is NDI used for?

Many video projects use NDI to send and receive video over IP. NDI features an auto-discovery feature which makes managing video sources available on a network very easy; for example, a church may use NDI to send PowerPoint slides from one computer and receive them on another computer used for live streaming. Another example would be setting up a display in an office to show an NDI source coming from a video production software like OBS. Any Windows or Mac computer can receive the NDI video stream and display it on a TV located in a facility.

What is an NDI camera used for?

NDI cameras often have PTZ (Pan, Tilt and Zoom) functionality which takes advantage of the two-way communication capabilities of NDI. In this way, NDI cameras can be controlled over the same single ethernet cable used to send audio and video. For example, a PTZOptics NDI camera can use a single ethernet cable to power the camera, control the PTZ functionality of the camera, and to send audio and video to a source on the network.

What is the difference between NDI and SDI?

SDI is a technology that has been around for decades. SDI stands for Serial Digital Interface,  and the cable itself is capable of sending uncompressed video long distances. NDI is a much newer technology that uses the latest video compression methods to make sending and receiving high-quality video possible over standard computer networks. An SDI camera video feed can be converted into an NDI stream and sent over the network. An NDI video feed can also be converted into an SDI video output and plugged into a monitor.

What is OBS NDI?

OBS, which stands for Open Broadcaster Software, is a free, open-source video production software available at OBSProejct.com. OBS is the world’s most popular live-streaming software and it is supported by a worldwide network of developers. Palakis is a developer who has created a plugin for OBS which supports NDI. This plugin is available for both Mac and PC versions of OBS and it adds simple support for audio/video inputs and outputs over IP inside of OBS. This allows OBS users to add NDI sources into OBS just like any source. It also allows OBS to transmit the main program video via NDI to other systems and finally provides a special OBS filter which can be used to output any OBS source via NDI.

How do I set up an NDI camera?

Most NDI cameras are plug and play when it comes to setup. NDI cameras can be plugged into any LAN (Local Area Network) and configured to operate with any software or hardware solution that supports NDI. Once an NDI camera is plugged into the network, it will show up as an available source on your network; therefore, the friendly NDI name that you give your camera will show up in any software or hardware solution when you click the “add NDI source” option.

You can watch the PTZOptics NDI camera setup video to learn more about this process.

That’s it for this back to basic video. Don’t forget to subscribe to learn more about video production. You won’t become a video production expert overnight and following along with our team could be a useful tool for you.

How to use NDI with vMix 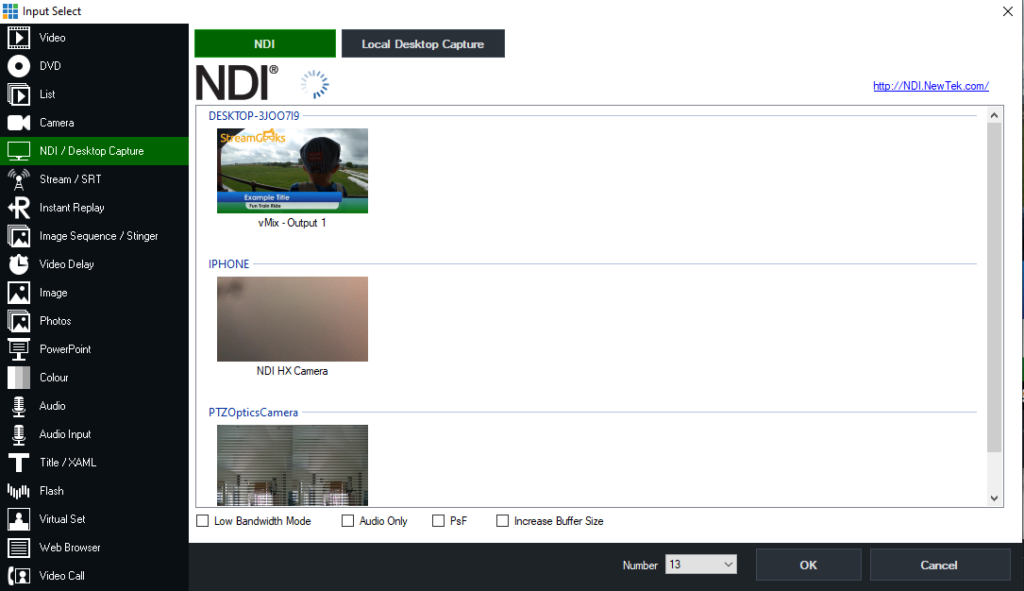 How to connect NDI with Zoom 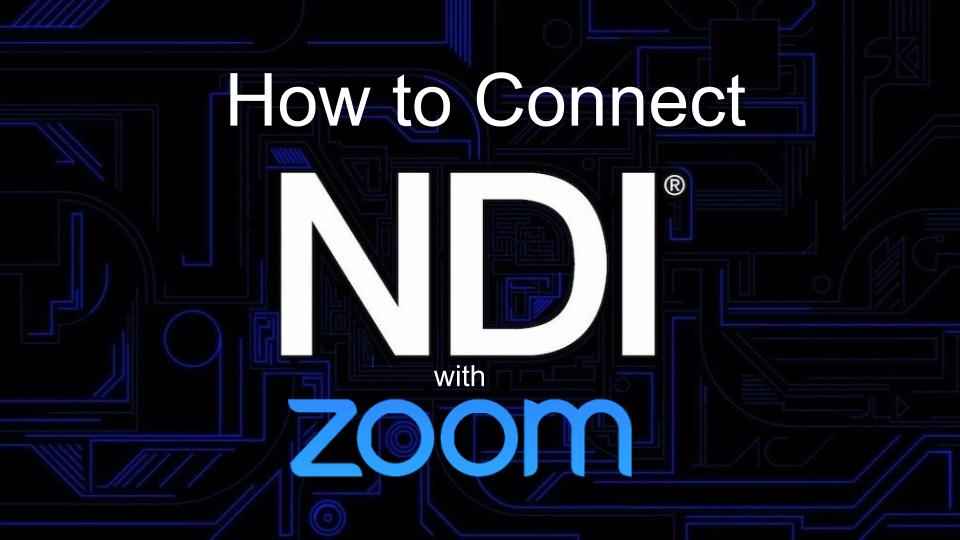 How to use NDI Cameras with OBS 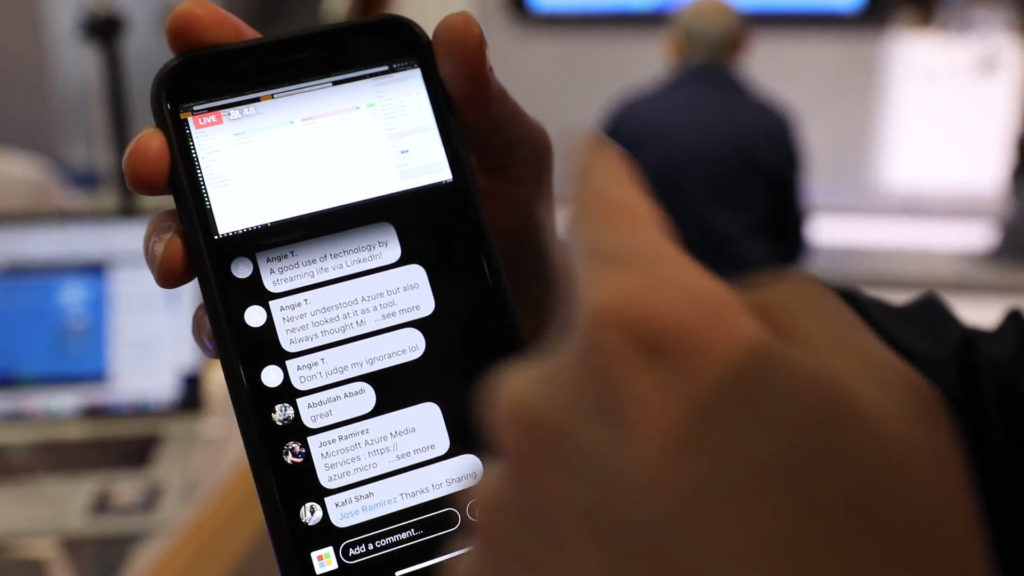