Chapter 1 – An Update on the Updates

Open Broadcaster Software (OBS) is open-source software designed for live streaming and video production. The project was originally created by Hugh “Jim” Bailey and released in August of 2012. Fast forward an entire decade, and developers from around the world collaborate and contribute to the project making it possible to have up-to-date and stable versions of the software for Windows, Mac and Linux operating systems. OBS is the result of a large community of developers working together to create a flexible software solution for audiovisual projects ranging from live streaming to video distribution and beyond. If you use the software regularly, you should seriously consider supporting the project financially on either Patreon or OpenCollective.

In 2016, OBS “Classic” was replaced by OBS “Studio” which has since become the primary version. OBS has announced many new versions over the years and each release includes a slew of updates to the platform. Before each new version is released a “release candidate” is made available on GitHub. GitHub is a code repository that is a popular destination for open-source software developers. The release candidate is always made open to the public to download and test out the new features, updates, and bug fixes. During the release candidate phases, users report bugs and test out new features as the developers work to bring an official bug-free version to the world. Oftentimes new features may only be released for Windows, with Mac and Linux updates planned for future releases. In general, the development team at OBS does a great job of crowd-sourcing ideas for future feature updates.

OBS has been built with an open API that allows developers to contribute to the main project or provide separate project add-ons called plugins. Plugins are open source modules that are created by individual developers who contribute new feature enhancements for OBS by adding code to the plugins folder of OBS. In this way, plugins have become a popular way for developers to contribute to the project without compromising the quality of the core program. In fact, many plugins that prove their popularity and reliability are eventually built directly into the core OBS application, after thorough testing.

This book will include detailed reviews of the top plugins available to make OBS more powerful for video production. Plugins do vary in quality and reliability because they can be released by any developer willing to make one. Plugins are often released in a BETA phase, as developers are testing new features and allowing users to give input. For the purposes of this book, only plugins that have been thoroughly tested are included in the list.

The Unofficial Guide to OBS and the Superuser Guidebook

This book is the sequel to The Unofficial Guide to OBS which was written to help novices get up to speed with the software. If you are unfamiliar with OBS, you should start with The Unofficial Guide to OBS first and then read this book. The OBS Super User Guidebook, is written for those who wish to push the boundaries of what OBS is capable of using new plugins and video production standards such as NDI and SRT. 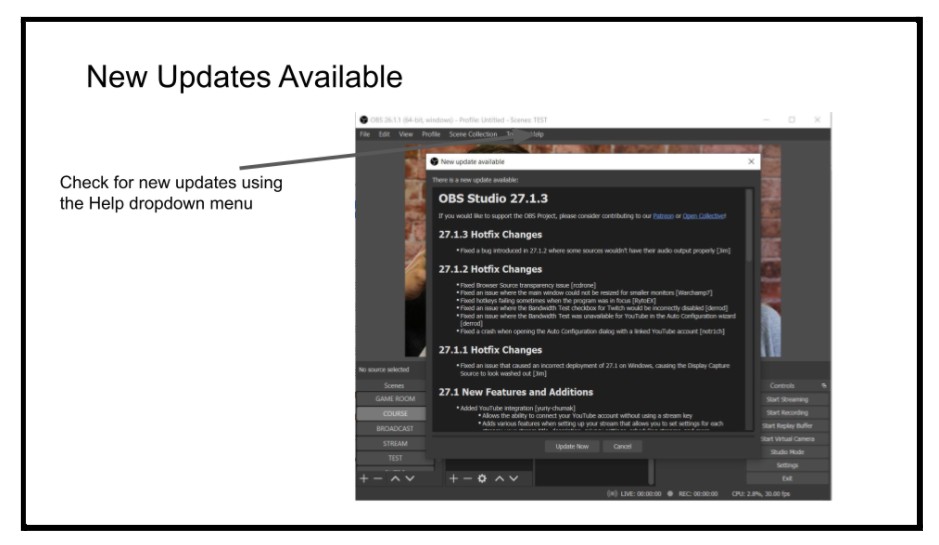 Updates to your OBS version will be shown in a dialog box.

So before you get started, review this list of updates that have come available in the past five versions of OBS to familiarize yourself with the software. 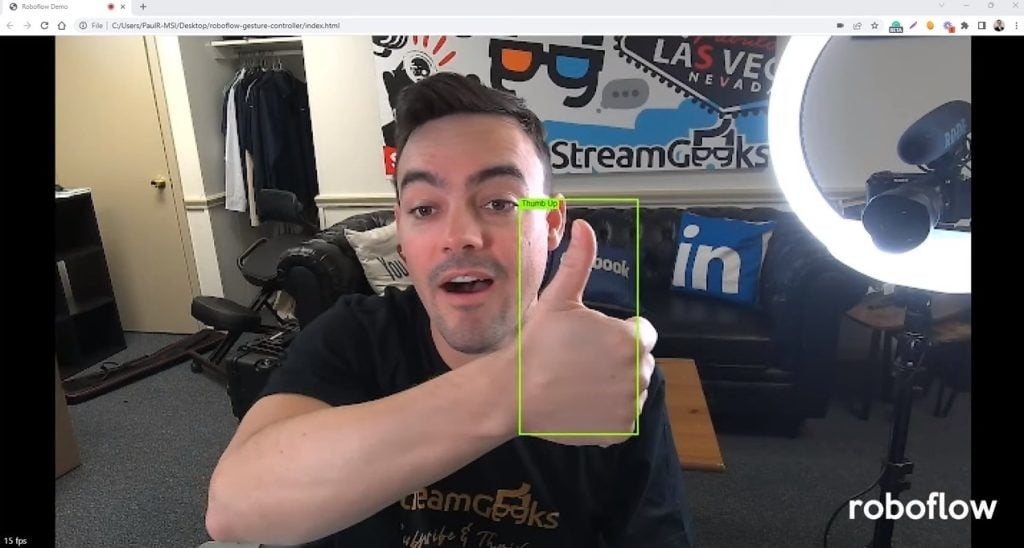 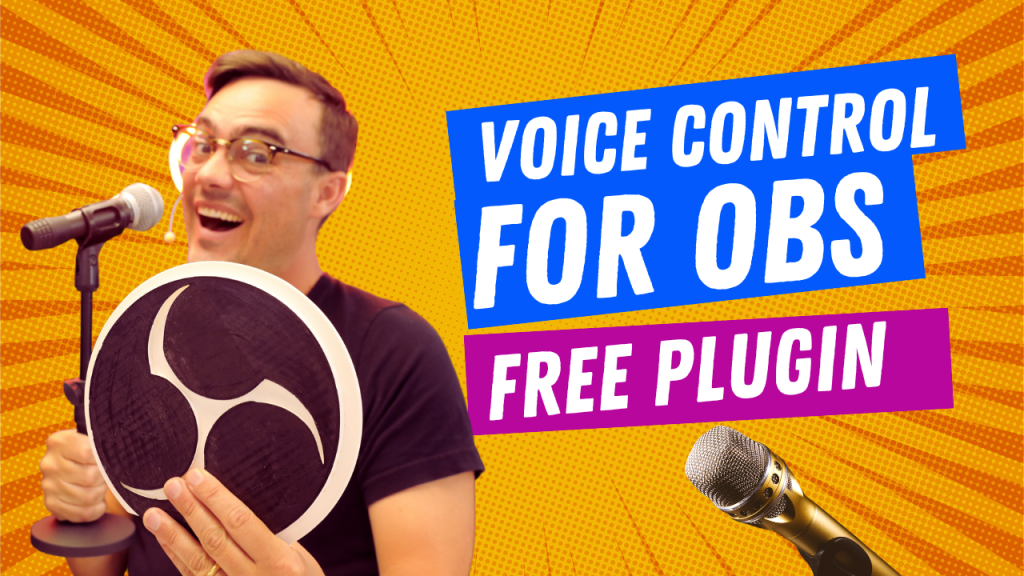 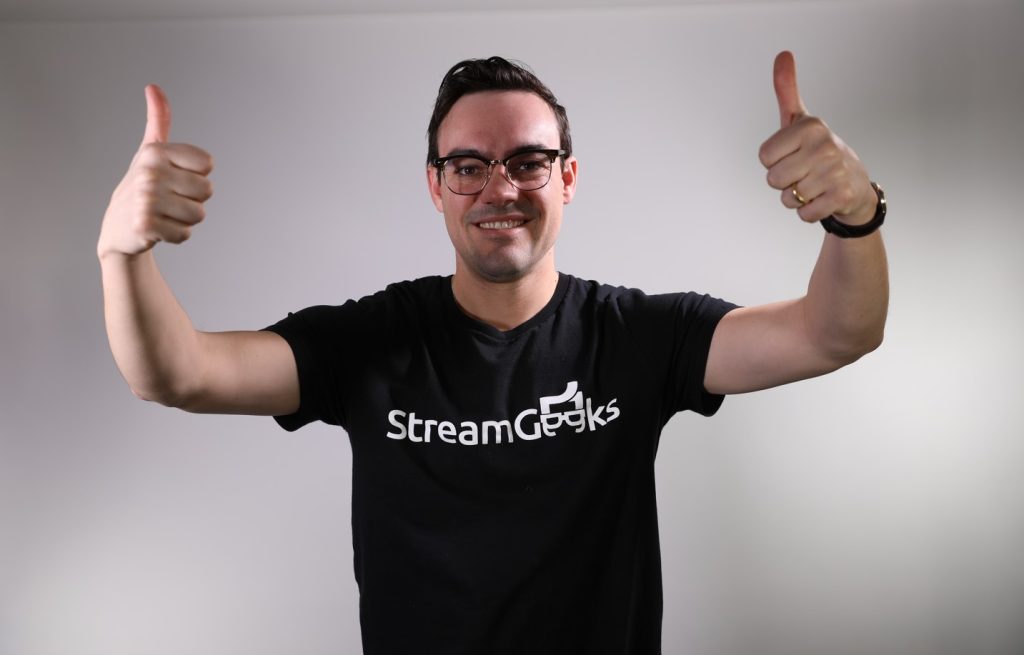 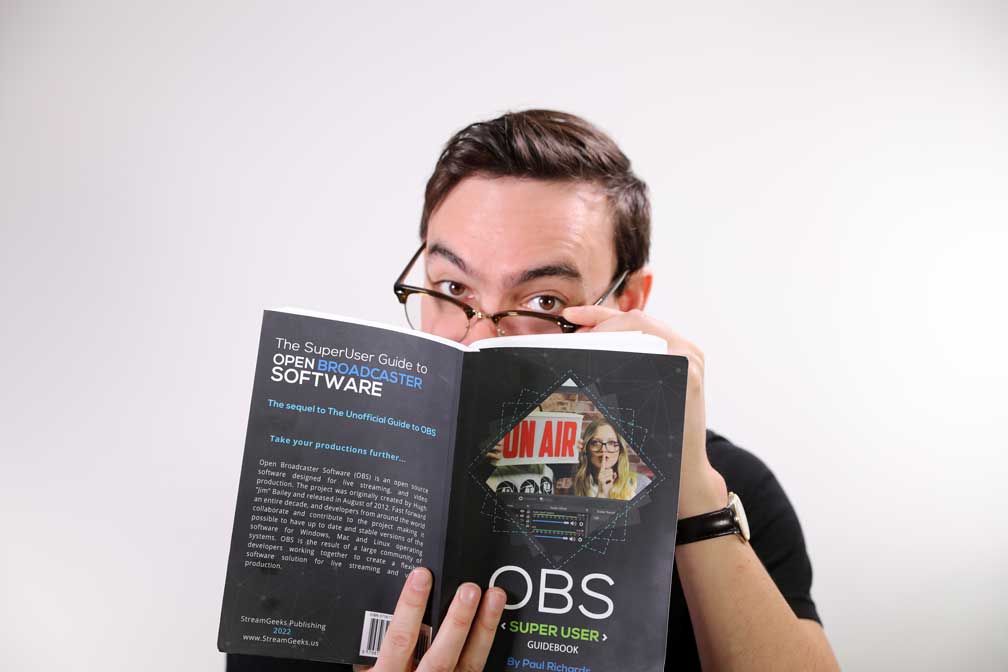